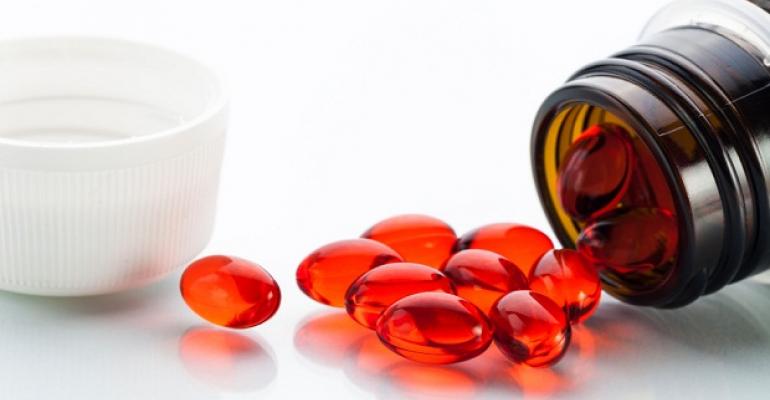 Newsflash: Dietary Supplements Are Safe and Beneficial: Prescription Drugs Are Not!

On August 23rd, Newsday, a New York City newspaper ranked by Dr. Tim Groseclose as one of the top 61 most “liberal” local newspapers in the U.S. ran an article amazingly entitled, “FDA Official: 70% of Supplement Companies Violate Agency Rules.”

By “liberal” Groseclose did not mean the classical liberalism of a Thomas Jefferson or an Abraham Lincoln but the “big government,” nanny-state modern liberalism ushered in by Woodrow Wilson and expanded upon after 1921.

So perhaps we should not be completely surprised that any liberal paper would slant its coverage to support the unaccountable bureaucratic leviathan than the FDA is today ─ but, sadly, this does not serve the paper’s roughly 378,000 daily readers, readers who are, in large part, also consumers of dietary supplements ─ or at least they were before the above-cited “the sky is falling” article.

Contrary to the horror show of allegedly widespread incompetence, contamination and criminal negligence portrayed by the article, dietary supplements (a class of food products) are even more regulated than is food. According to whom, you ask?

How about the country’s most respected expert on food and drug law, attorney Peter Barton Hutt, who served as Chief Counsel for the FDA from 1971 to 1975, has taught food and drug law at Harvard for over 20 years, is the co-author of Food and Drug Law: Cases and Materials (Foundation Press, 3rd edition 2007), and has published more than 175 book chapters and articles on food and drug law and also on health policy?

“The [Food Drug and Cosmetic Act], as amended by DSHEA and the Dietary Supplement and Nonprescription Drug Consumer Protection Act, provides somewhat greater FDA regulatory authority over dietary supplements than over conventional food,” noted Hutt in a white paper commissioned by the Council for Responsible Nutrition (CRN) entitled FDA Statutory Authority to Regulate the Safety of Dietary Supplements(2nd edition, 2011).

According to the Newsday article, approximately 6,300 adverse event reports were submitted for dietary supplements from 2008 to 2012, a 4-year period.

Not even considering the fact that most of these reports were likely inaccurately linked to supplements when other factors were the more probable causes, in the same period Pharmaceutical Commerce reports that were approximately 3,260,000 adverse events reported for pharmaceutical drugs!

I don’t recall seeing this stark comparison in the newspaper article.

The FDA official quoted in the story, Daniel Fabricant, Ph.D., was formerly the science head for the NPA, and was a staunch defender of natural products until he became its chief critic at the FDA.

On August 26th, John Spilateri Shaw, the CEO of Dr. Fabricant’s alma mater, the NPA, noted in an open letter to Newsday that “industry members strongly support providing additional resources for the FDA to keep illegal products disguised as legitimate supplements off the market.”

The vast majority of “supplements are beneficial, and millions of Americans depend on them each day,” Shaw added in his letter. “Your readers should continue to use these products that safely and positively influence their lives on a daily basis.”

Prescription and OTC Drugs: Safety? Not So Much

And what about the FDA takeover of three drug plants in 2011 following “shocking conditions” at the plants where one of the most popular line of over-the-counter (OTC) pain relievers (rhymes with “i-lenol”) were manufactured. “This inspection report is pretty close to being the worst I’ve seen,” according to David Lebo, a professor of pharmaceutical manufacturing at Temple University in Philadelphia, in an interview for CNNMoney.

The inspections reportedly uncovered safety and quality violations in every system, control and process, from bacterial contamination, to filthy manufacturing and storage conditions, to super-potent levels of pain relievers in batches of the infant pain-relief formula.

Didn’t see much media coverage of this, did you? I only noticed an obvious absence of the products from store shelves, and that was my first tip-off.

As to cases of deliberateadulteration of dietary supplements, if the ingredients were anabolic steroids, the product in question would then be an illegal drug ─ not a supplement ─ and it is subject to action by the U.S. Drug Enforcement Administration (DEA). I have been calling for the DEA to step up to the plate since 2010.

The same with deliberate contamination with weight-loss, sleep aid, or sexual health drugs, the rare number of cases of this type of adulteration also renders this type of hybrid product an illegal drug; it is no longer a dietary supplement product or issue.

As to even more rare cases of legitimate manufacturers who unwittingly receive and use shoddy, contaminated or adulterated raw materials due to falsified documentation and certifications, it is the manufacturer’s responsibility to ensure the purity and safety of the ingredients it uses, and there are multiple mechanisms in place to quarantine, test and verify ingredients before they are included in finished dietary supplement products.

“DSHEA adds three additional procedural safeguards for dietary supplement court actions to assure that FDA will act fairly and equitably in its enforcement of safety requirements, but does not substantially change the requirements applicable to court actions involving conventional food,” noted Hutt.

According to him, “The Dietary Supplement and Nonprescription Drug Consumer Protection Act expands FDA’s regulatory authority over dietary supplements by adding postmarket reporting and recordkeeping requirements that are more stringent than those that apply to conventional food.”

“Thus, in many ways, the current food safety provisions of the [Food Drug and Cosmetic Act] provide FDA with greater substantive authority over dietary supplements than they provide for conventional food, and the modest procedural changes in the court enforcement requirements have had no impact thus far and are unlikely to have a significant impact in the future,” Hutt concluded.

To counter the article’s misleading timeline with one that more accurately reflects the safety and consumer protections surrounding dietary supplements, I offer, by way of conclusion, this one adapted from Peter Hutt’s white paper: