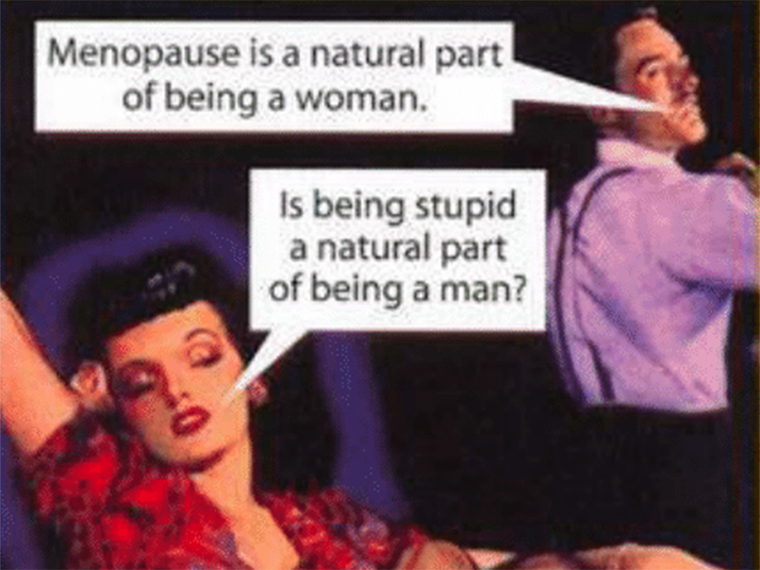 Menopause: On Female Power and Healthy Options (Part 1 of 2)

Menopause is a life stage, just like puberty. In fact, in an interview I conducted in 1996 an editor for the American Botanical Council (ABC) put it this way:

“In puberty, a girl comes into her power as a woman. In menopause, a woman’s power deepens and strengthens. Menopause is a time for self-reflection—a time to evaluate where one has been, where one is presently, and where one wants to go. It is a time when women experience what Joseph Campbell calls their ‘function to be.’ ”

This initial time of change, referred to as peri-menopause, often kicks in several years before a woman’s last menstrual period. It lasts for one year after her last period, the point in time known as menopause. In fact, a full year without a period is needed before a woman can say she’s been “through menopause.”

The average age of menopause is 51.4, but before this, as mentioned above, usually in a woman’s 40s, changing levels of estrogen and progesterone often signal what are eventually considered symptoms of menopause. Women may have different signs or symptoms during menopause, mainly because estrogen is used by many parts of her body. That does not mean that she will have all, or even most, of them.

Moreover, signs that occur around the time of menopause may actually be a result of growing older, not changes in estrogen, such as: mood changes; hot flashes; osteoporosis; sleep problems; and heart disease.

In modern times, moderate-to-severe menopausal complaints were managed via conventional medicine with hormone replacement therapy (HRT). However, since a body of published research links the use of HRT with increased risks of breast cancer and heart disease, the search for safer alternatives has intensified.

In a 2004 review article by Taya McMillan, MPH, and Saralyn Mark, MD, in the Journal of the American Medical Women’s Association, “Forty percent of all menopausal women seek medical attention to alleviate symptoms of menopause.” They added that, “increasing evidence suggests that women are looking to complementary and alternative therapies for management and treatment of menopausal symptoms.”

“While many hormonal, physiological and digestive changes take place during menopause, perhaps the aspect most focused on by women and in medical literature is the symptom of hot flashes—for many women this symptom is one from which they simply want relief,” the ABC added.

Unfortunately not content to allow women to take charge of their own health without medicalizing their bodies, the FDA, at the behest of Big Pharma, on April 29, 1998 proposed re-classifying common conditions associated with natural states, such as hot flashes associated with menopause or premenstrual syndrome associated with the menstrual cycle, as “diseases”—a proposal which generated over 100,000 comments, most of which were in strong objection.

Next time, I’ll look at the aftermath and how the natural products industry can provide a safe and healthful solution.