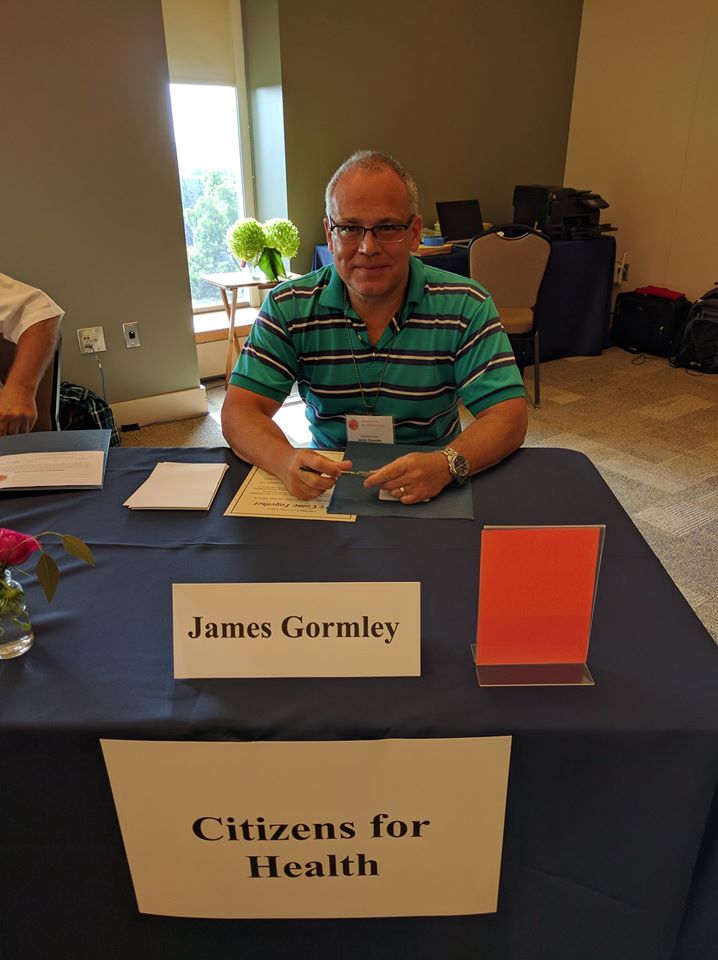 [Courtesy of NOW Foods] Consumers and the health-food industry may have stopped S. 3002 in its tracks, but S. 510 and other threats to health freedom remain. Nevertheless, a new slate of bills, along with a re-invigorated health-freedom movement, offer new hope for the future. 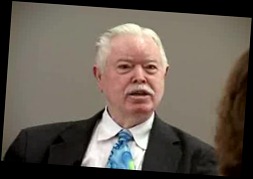 Since the health-food movement’s earliest origins in New Hampshire in the 1790s, there have been many champions of health freedom.

The one who immediately springs to mind, at least for me, is Frank Murray, who happened to be my first boss before I became editor of Better Nutrition magazine in 1995. 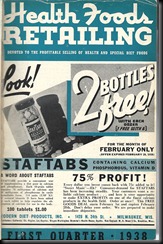 In 2006, Frank was the recipient of the Natural Product Association (NPA) President’s Award for “long-time contributions to the natural products industry.” He was for many years editor of Health Foods Retailing, the health-food industry’s very first trade publication and the official magazine of the NPA for 50 years, from the late-1930s until the mid-1980s.

More Than One Slingshot A bestselling health-book author, Frank has been one of the industry’s most articulate, enthusiastic and 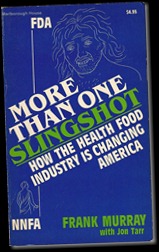 tireless crusaders, having stood arm-in-arm with Milton Bass, Max Huberman and NPA in successful opposition to the Vitamin Volstead Act from 1966 through 1976, when the Proxmire Vitamin Bill was signed into law. His book, More Than One Slingshot, which was written for the association, tells the history of the health food industry from its origins in the late 1890s up through the early 1980s. The book has this great, dated cover that I love, one which depicts David and Goliath, a popular representation of the battle between the health-food industry and the U.S. Food and Drug Administration (FDA). Today, in early 2010, we face many of the same threats to health freedom even if the names of the bills and the players have changed.

Today’s Threats to Health Freedom In March of 2009, Sen. Richard Durbin (D-IL) introduced S. 510, the Food Safety Modernization Act, a bill that would hand over extensive, unwarranted powers to an agency, the FDA, that has shown that it cannot objectively and properly fulfill its mission regarding dietary supplements since it constantly works to undermine the Dietary Supplement Health and Education Act of 1994 (DSHEA) through coordinated suppression of supplement companies and health information regarding products sold by legitimate manufacturers. As this bill was reviled by consumers and farmers across the country, it appeared to fall by the wayside, that is until Sen. John McCain introduced S. 3002, the Dietary Supplement Safety Act of 2010.

Senate Bill 3002 was said to be about athletics ─ trying to protect athletes from spiked or doped supplements (although one would think the athletes would know what they were taking, especially if they themselves ordered these products from shifty chemists and fly-by-night pharmacists), but it included a whole host of anti-supplement provisions that almost made S. 510 pale by comparison. A firestorm of consumer outrage ensued: many tens of thousands of letters were sent to the Senate thanks to powerful grassroots advocacy campaigns organized by Citizens for Health, the Alliance for Natural Health and the NPA. In early March, Sen. McCain decided to withdraw his support of the bill, with the caveat that certain provisions should be carried over to S. 510, most of which are already in S. 510 as it now stands. Consumers, and the natural products industry, must be especially vigilant now and throughout 2010 ─ regarding S. 510 so that the bad provisions in this bill are dropped or drastically revised, and that nothing even worse from the dry-docked S. 3002 winds up being added to S. 510.

Tomorrow’s Health Freedom Opportunities As to bills that offer a ray of hope, there are currently three main ones: H.R. 4913, H.R. 3394 and H.R. 3395. On March 23rd, Rep. Jason Chaffetz (R-Utah) and Rep. Jared Polis (D-CO) introduced the Free Speech about Science Act (H.R. 4913); since then, Rep. Dan Burton (R-Indiana) has signed on as a co-sponsor. The bill allows producers of healthy foods and dietary supplements to cite legitimate scientific studies on the health benefits of their products.

Similar in title to H.R. 4913, the Freedom of Health Speech Act (H.R. 3394), which was introduced by Rep. Ron Paul on July 29, 2009 and co-sponsored by Rep. Dan Burton and Dana Rohrabacher (R-Calif.), is geared to prevent the FTC from taking action against any advertiser that communicates a health benefit for a product unless the FTC first establishes, based on clear and convincing evidence, that the statement made is false and that its communication causes harm to the public. 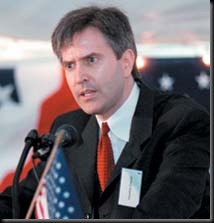 The Health Freedom Act (H.R. 3395) is designed to remove FDA’s power of prior restraint over all nutrient-disease relationship claims. According to Constitutional lawyer Jonathan Emord, under the bill “FDA may not prohibit any statement concerning a nutrient affecting a disease (including treatment effects) from being made in the market and may only act against a statement once made if it possesses clear and convincing evidence that the statement is false.” Gormley Take-Away: The powerful advocacy campaigns against S. 3002 (which generated tens of thousands of letters), in addition to meetings and conference calls with Sen. McCain and his staff, effected a partial yet still very important victory. The momentum and informed action that allowed consumers and the natural products industry to achieve this win must be maintained so that objectionable provisions of S. 510 are removed or drastically revised. Other bills that offer opportunities for informed action should be kept on our radar screens, including H.R. 4913, H.R. 3394 and H.R. 3395.