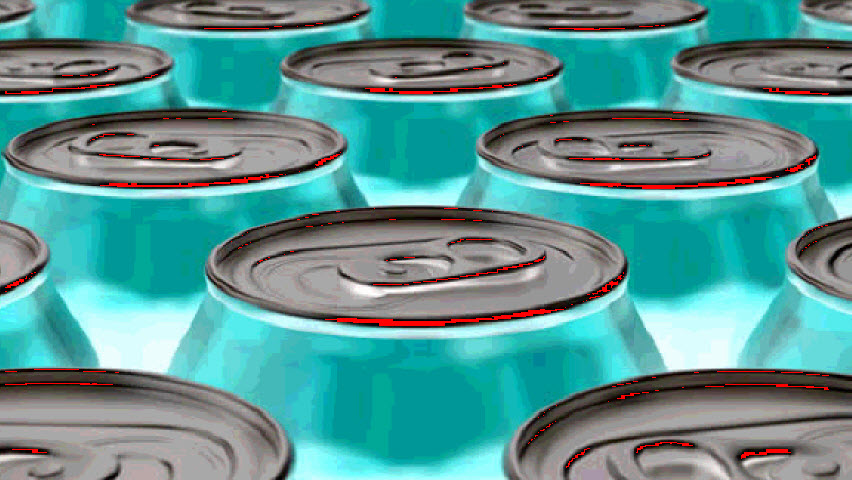 Fillet of a fenny snake,
In the cauldron boil and bake;
Eye of newt and toe of frog,
Wool of bat and tongue of dog,
Adder’s fork and blind-worm’s sting,
Lizard’s leg and howlet’s wing,
For a charm of pow’rful trouble,
Like a hell-broth boil and bubble.
— Second Witch, Macbeth, IV:1

In 2002, people drank nearly 49 million gallons of soda (185 million liters), making it the third most popular commercial beverage after milk and tea. The typical bottling plant churns out over 79,250 gallons of soda per day. Here in the U.S., as annual soda consumption doubled to 49 gallons per person between 1970 and 2001, milk consumption fell by 30 percent.

National “cruel” lunch program
In light of exploding rates of childhood obesity and type 2 diabetes, school nutrition has become a growing public health concern. While most meals offered as part of the federal school lunch and breakfast programs may be relatively less unhealthy than the offerings available outside of the school cafeteria, “These school food programs compete against the widely available and aggressively advertised fast food, soft drink, and snack foods that fill vending machines, school stores, and a la carte cafeteria lines,” wrote the Urban and Environmental Policy Institute (UEPI) in a September 2002 report entitled Challenging the Soda Companies (1).

Many of the “same schools that offer health and nutrition education in the classroom are undercutting their own lessons by filling their hallways with chip and soda-dispensing vending machines,” noted the UEPI.

Boil and bubble
Speaking of soda, this beverage is a significant part of the problem of poor child nutrition, representing, as it does, hundreds of empty calories per day that contribute to several important health risks. For example, a standard 12-ounce can of soda contains about 160 calories and 1.5 ounces of sugar (2). Worse yet, many vending machines offer 20-ounce bottles that contain a whopping 250 calories and 2.3 oz sugar. According to government data, the average 12-to-19-year-old soda-consuming male drinks more than two cans per day (868 cans annually), while the average female consumes 1¾ cans a day.

For soda-consuming youth, these beverages provide from nine to 18 percent of total caloric intake and displace more-nutritious foods and beverages from the diet (3). Teenagers drink twice as much soda as they do milk, a nearly inverse relationship from the consumption patterns of 20 years ago (4). For each additional can or bottle of soda consumed per day over time, the risk of obesity and related health conditions increases by 160 percent (5).

In addition, soda consumption in kids also contributes to poor bone health. Because most girls have inadequate calcium intakes, they are more likely to suffer from osteoporosis (brittle bones) as they age and have an increased risk for broken bones while they are still young. Those who drink soda have a three-to-four times higher risk of bone fracture that do those who don’t drink soda (6). Soda consumption in young people is a concern to many health professionals because it displaces milk (a source of calcium) from the diet. In addition, soda also represents the largest single source of caffeine in children’s diets (45-100 mg per can) (7), and the sugar and acid in sodas combine to contribute to tooth decay (8).

According to Challenging the Soda Companies, “Soda companies like Pepsi and Coca-Cola have adopted marketing strategies to establish brand loyalty as early in a consumer’s life as possible, explicitly targeting school-aged children.”

“Schools offer these companies an ideal venue for targeting young people with their branding activities. A Coca-Cola official stated that his company would ‘continue to be very aggressive and proactive in getting our share of the school business’ “(9).

Food and beverage companies spend billions of dollars on advertising, and have started offering large payments for exclusive marketing rights in schools and other locations where children are present.

“These pouring rights contracts involve lump sum payments to school districts and additional payments over 5-10 years in return for exclusive sales of the company’s products in vending machines and at all school events,” says Challenging the Soda Companies.

“The contracts often allow constant advertising through display of logos on machines, cups, sportswear, brochures, and school buildings,” the UEPI report adds. “In this way, students receive constant exposure to the logos and products, an attempt by companies to create loyalty. Pouring-rights contracts result in students drinking more soda, vending machines in schools that previously did not have them, and vending machines in schools with younger children.”

“Non-happy meals”
According to a 2003 article by Barry Yeoman in Mother Jones (10), at a time when weight-related illnesses in children are escalating, “schools are serving kids the very foods that lead to obesity, diabetes and heart disease. According to Yeoman, under the National School Lunch Program the federal government actually purchases over $800 million in farm products each year and makes them available to schools.

The U.S. Department of Agriculture (USDA), “which administers the system, calls this a win-win situation: schools get free ingredients while farmers are guaranteed a steady income. The trouble is, most of the commodities provided to schools are meat and dairy products” that are high in saturated fat, wrote Yeoman.

For example, in 2001, noted Yeoman, the USDA shelled out “$350 million on surplus beef and cheese for schools, more than double the $161 million spent on all fruits and vegetables, most of which were canned or frozen.”

Since the School Lunch Program’s inception in 1946, agribusiness has been able to exert significant control over what foods schools buy and don’t. According to Mother Jones, “In the mid-1990s, a group of health advocates met with the USDA to ask that schools be allowed to serve soy products like veggie burgers. According to one participant, a department official asked them, ‘Have you spoken with the Cattlemen about this? Until the Cattlemen go for this, we aren’t going to be able to move on it.’ “

Agribusiness’ gain in our (weight) gain
All in all, poor diet and a sedentary lifestyle kill 400,000 Americans a year, according to the President’s Council on Physical Fitness and Sports, and U.S. deaths from poor diet and physical inactivity make up 17 percent of total deaths in the U.S.

In fact, 60 percent of overweight children aged 5 to 10 have at least one risk factor for cardiovascular disease (CVD); 25 percent have over two risk factors. Tied to obesity, sugar-packed diets and physical inactivity, type 2 diabetes in children is now the “new children’s epidemic,” a disease which used to develop almost exclusively in adulthood.

It’s not just kids—some sobering stats
According to a story run on CBS News on September 21, 2004 (11), researchers at the University of North Carolina at Chapel Hill studied national beverage consumption patterns for more than 73,000 Americans between 1997 and 2001, and found the following:

What is even worse, a study that appeared in the Journal of the American Medical Association (JAMA) (12), researchers found that “greater consumption of sugar-sweetened beverages is associated with greater weight gain and an increased risk for development of type 2 diabetes in women, potentially by providing excessive calories and large amounts of rapidly absorbable sugars.”

“Get up (off the couch), and boogie”
In addition to those excess calories and sugars, exercise is critical to health. Nevertheless, according to the new Dietary Guidelines for Americans 2005 (13), 25 percent of adult Americans “did not participate in any leisure-time physical activities in the past month, and, in 2003, 38 percent of students in grades nine to 12 watched three or more hours of television per day.

Although the Dietary Guidelines’ call for 30 to 60 minutes of moderate-intensity physical activity a day could scare off many, fortunately the following activities also qualify: light gardening/yard work and walking. In fact heart, light gardening (330 calories an hour) burns even more calories an hour than do bicycling (290) or weightlifting (220). Hey, break out those gardening gloves!

Take-home tips
Based on our over-consumption of soda and junk food, we should be aware that the best foundation for responsible, sustained weight loss is vigorous, regular exercise and a nutrient-rich diet. Try the following tips: