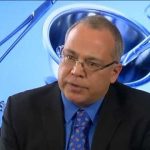 James J. Gormley is an award-winning writer, editor and author.

As Editor-in-Chief of Better Nutrition magazine, he was part of a small cadre of journalists who helped change the editorial landscape of natural products industry magazines by pioneering science-centered coverage.

James headed up regulatory and scientific affairs for Nutrition 21, where he managed U.S. and global regulatory submissions. In addition to having served as a U.S. journalist delegate to an Oldways conference on cross-cultural food issues in Beijing, China, he attended FAO/WHO Codex Alimentarius meetings in Paris and Rome as part of the U.S. trade delegation.

He also served as the Editorial Director of the Vitamin Retailer magazine group, where, in his monthly editorials, James regularly shined a light on supplement misinformation. He has continued to be a regular columnist for Vitamin Retailer and Nutrition Industry Executive magazines, in addition to serving on the editorial advisory board for Nutritional Outlook magazine.

James is a voting member of the NSF Joint Committee on Dietary Supplements, a Scientific Advisory Board member of the Natural Health Research Institute (NHRI), and the Vice President and Senior Policy Advisor of Citizens for Health.

James has been an unflagging crusader for both consumers and the responsible core of the supplement industry, and has always sought to build bridges between both.

His newest health-politics book is Health at Gunpoint: The FDA’s Silent War Against Health Freedom. His five previous books include the User’s Guide to Brain-Boosting Supplements.

Health at Gunpoint brings into clear focus the silent war being waged by the FDA against American consumers.

The FDA was established in 1906 to protect the U.S. public from mis-branded and adulterated foods and drugs. While the original intent may have been honorable, over the years the mission has become tainted by lobbyists and money.

In Health at Gunpoint, award-winning health writer James Gormley presents a history of this Federal agency’s long-standing battle against health products and examines some of its most controversial decisions and the troubling reasons behind them.

Gormley also shares with us the history of natural health in the United States, from its European origins, to its early clean-living advocates, to the health food movement it inspired.

Health at Gunpoint not only shines a light on how and why health foods and dietary supplements have been attacked since the early 1900s, but it also provides an international context for how, we as Americans, can view the future of dietary supplements and natural foods as part of enlightened approaches to optimal health.

It shows ways that our government agencies can work with Americans and not stand in the way of their full access to (and information about) health and health food products.

James Gormley has been a valued fixture in health media for decades. His articles epitomize the best in investigative journalism. True to form, Gormley’s new book, Health at Gunpoint, reveals the sad story of how science and truth have been denied and suppressed to serve the interests of politicians who have willingly become captives of industry. The product of that unseemly union has been a market replete with genetically modified foods, unsafe drugs, and censorship of truthful nutrient-disease information. The human tragedies that flow from those government abuses will continue until a majority of Americans demand restoration of constitutional limits on government power consistent with Gormley’s recommendations. —– Jonathan W. Emord, Constitutional and Administrative Lawyer

The shameful saga of how a sincere effort to protect the American consumer from unregulated food and drugs got corrupted by corporate-controlled bureaucrats is chillingly chronicled by James Gormley in this disturbing but vitally important book.

The deeper one gets into Health at Gunpoint, the more one gets the sense of our having gradually moved from a sort of wild west to an authoritarian state of affairs that, curiously, now sanctions abuses that are just as bad as, if not worse than those it was originally designed to reform.

An integral part of this process has been the effort to either discourage or, whenever possible, to prohibit natural and holistic approaches to preventing and treating disease. Gormley provides various examples of promising practices and products whose creators and promoters faced prosecution and punishment for their efforts.”

Linda Bonvie (co-author of Badditives!: The 13 Most Harmful Food Additives in Your Diet, and How to Avoid Them)

In the United States today, there is, perhaps, no greater source of controversy than the subjects of health and healthcare. A growing number of Americans are dissatisfied not only with the regulations and outrageous costs associated with healthcare, but also the inadequacy of many conventional medical treatments, as evidenced by the increasing popularity of alternative and complementary medicine. Unfortunately, over the last several decades, medical and government authorities, especially the Food and Drug Administration (FDA), have taken steps to restrict access to natural therapies and disseminate inaccurate information about natural products—all the while approving and promoting unsafe pharmaceuticals and food additives that put the nation’s health at risk.

It is this essential conflict that gave rise to the health freedom movement, a loose coalition of natural health advocates who actively oppose measures taken by the FDA, industry lobbyists, and politicians that reduce health choices. The movement also seeks to make consumers more aware of the risks of using certain medications and eating certain foods, as well as the potential benefits of natural healing methods and remedies. Health at Gunpoint is a part of this movement, and each chapter presents a distinct part of the decades-long fight for health freedom.

Chapter One provides historical background on the U.S. natural health movement, which arose in the nineteenth century and was influenced by factors such as deadly mainstream medicine, urbanization, poverty, and “mini-movements” like temperance, right-living, and physical culture. Chapter Two then traces the development of U.S. agriculture, which has become increasingly controlled by big business and politics and, in turn, a source of nutritionally bankrupt crops that negatively affect both the food supply and environment. As you will see, the problems stemming from commercialized agriculture have spurred health food advocates and environmentalists alike to call for a return to natural and sustainable ways of producing and consuming food.

In Chapter Three, you will learn about the major political milestones that have determined and shaped policies towards dietary supplements and natural products. These battles, fought mainly between the FDA and the natural health industry, culminated in the passage of the Dietary Supplement Health and Education Act (DSHEA) of 1994, the law that governs rights regarding dietary supplements today. Many believe that this legislation is the sole legal document standing between consumer freedom in the United States and the more restrictive inclinations of the FDA.

The final two chapters consider natural health in the U.S. within a global context. Chapter Four focuses on the Codex Alimentarius Commission, or simply “Codex,” an international body established in 1963 to set food purity standards and guidelines. While the stated purpose of Codex was to protect and serve the public health, it has become strongly influenced by the European Union, which is much more restrictive than the United States when it comes to dietary supplements. In other words, European regulations and Codex guidelines may soon hinder, rather than facilitate, health freedom by attempting to standardize and globalize food and food products.

Chapter Five, which is centered on the current situation in Canada, provides a glimpse at what may happen in the United States if globalization (euphemistically referred to as “harmonization”) of international regulations is pursued. Due largely to the country’s close cultural, social, and political ties to Europe, Canada is more prohibitive when it comes to supplements and yet more open-minded in its attitude towards traditional healing methods. Now at a crossroads in terms of health policy, “The Canada Example” reveals where the United States could be headed as well if consumers do not take action and demand more changes—and accountability—from Big Pharma, Big Agriculture, the medical establishment, and government authorities like the FDA.

Health at Gunpoint was written not only to shed light on the troubling decisions that the FDA has made for over a century, but to prepare you, the consumer, for the present and future battles facing your health. The world in which we live is controlled by lobbyists and money, and it’s crucial that you understand how these factors impact your wellbeing. By uncovering the silent war that has been waged on public health, you will be in a better position to preserve and safeguard your health rights and freedom.

[2006] Lyme disease is caused by a bacterial infection transmitted by a tick bite and is best treated early with antibiotics. However, many people suffer from chronic relapsing Lyme disease, which can cause a variety of physical and psychiatric symptoms: recurrent fever, fatigue, muscle and joint stiffness, poor coordination, lightheadedness, mood swings, and depression. In the “User’s Guide”, health authors James Gormley and Caren Feingold Tishfield, R.D., explain how to best avoid Lyme disease and how to benefit from safe treatments.

User’s Guide to Detoxification: Discover How Vitamins, Herbs, and Other Nutrients Help You Survive in a Toxic World (Basic Health Publications User’s Guide)

[2005] We live in a toxic world – and there’s no escaping it. But each of us can take steps to enhance our body’s ability to detoxify pollutants, synthetic hormones, and cancer causing chemicals. The Benefits? A healthier life with a lower risk of developing debilitating diseases. This “User’s Guide” focuses on specific supplements, including herbs and vitamin-like substances, that help protect your body protect itself.

User’s Guide to Brain-Boosting Supplements: Learn about the Vitamins and Other Nutrients That Can Boost Your Memory and End Mental Fuzziness

[2004] In the Users Guide to Brain-Boosting Nutrients, leading nutritionist and author of the “Real Vitamin and Mineral Book” Shari Lieberman teams up with top nutrition writer and former editor of “Better Nutrition” magazine James Gormley to describe the best brain-boosting dietary supplements including vitamin E, ginkgo, amino acids, huperzine A, and acetyl-L-carnitine and how to use them safely and effectively to achieve optimum brain power. 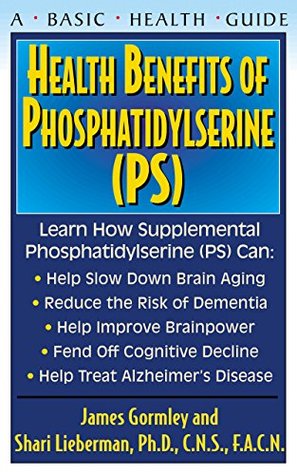 [2004] This title explains there are a number of things we can do to fend off memory decline and preserve the health of our brains, including maintaining proper diet, engaging in physical activity, and taking memory-boosting supplements such as phosphatidylserine or PS for short. 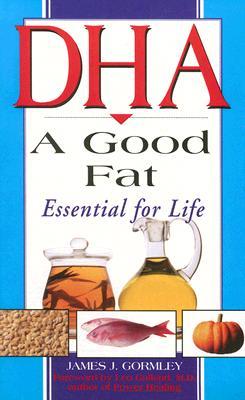 [1999] In this breakthrough book for preventive medicine, Gormley, the award-winning editor of “Better Nutrition” magazine and one of America’s foremost experts on supplemental nutrition, draws on cutting-edge research from around the world to explain the benefits of DHA and other omega-3 fats. With rich insight and clear language, he traces the evolution of these studies and explains how to make DHA a beneficial part of one’s diet.